Today’s gratitude post is a re-print from the Korean Times. It was written by Hyon O’Brien. 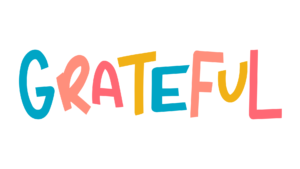 I agree with the sentiment of William Shakespeare (1564-1616), no doubt the greatest writer in English language, when he wrote,  “Oh, Lord, who lends me life, lend me a heart replete with thankfulness.”

This also is my prayer. I hope that as long as I live, with God’s help, I may maintain the attitude of gratitude. It’s not always easy.

In 1969, the first entry point for me for my adopted country America was Hawaii. Aloha and Mahalo, two words I learned in that big island of Hawaii, have always stayed in my mind as a reminder to greet people with cheerfulness and thank them with a grateful heart.

Since then, I’ve lived on different continents picking up different words to express thankfulness in various languages, but the sentiment remains the same. I have learned to consider the sense of gratitude as o
ne of the most desirable attitudes I should have in daily life. As Marcus Tullius Cicero (106 B.C.-43 B.C.), the Roman philosopher, lawyer and political theorist, aptly put it, “Gratitude is not only the greatest of virtues, but the parent of all others.”

These days, my friends’ conversation often turns to our children, and one of the concerns we feel about them is their frequent lack of appreciation or gratitude for parental sacrifice.

Money spent on education or to enable the purchase of an apartment, all the small and big presents that parents cheerfully and dutifully provide, to say nothing of the love and care over the years ? it all seems to be received with a sense of entitlement, as if it was the least that parents should do since they chose to have children. This is so appalling.

What happened to the sense of indebtedness children should feel toward the givers of all those benefits? My father was a very successful man, an entrepreneur in his day. He passed away 10 years ago. I
still marvel at his ability to provide for nine children, all of whom received a college education (except for one who elected to forego it in his impatience to get started in the world). All five sons obtained their first house with our father’s money. I have sensed in my brothers a quiet sense of entitlement. It seemed that Father merely did his duty.

My friend, who lives on her own in her Queens apartment, told me she had a house guest for two months last year. This was her friend’s aunt, someone she had never met, who was staying with my friend while her house in Florida was being built.

During that stay, she never contributed to the rent or food, though she had no qualms about raiding the refrigerator. That guest left without saying thank you. What she said instead was, “You were lucky to have me these two months. You must be lonely living alone.” Her face must be wall-papered with iron (as we Koreans say) to be able to say such a thing without blushing.

We have two grandchildren
age 8 and 4. After each birthday and Christmas, their mother, our older daughter, makes them sit down and write a thank you note to us. This training will help them to learn the importance of showing thankfulness. The Estonian proverb is right: one who doesn’t show gratitude for small things will not know how to give thanks for the big things. We need to teach our kids to form the good habit of thanking people from the earliest age.

This year marks the 60th anniversary of the outbreak of the Korean War. I am pleased to notice various efforts put forth by the Korean government as well as the private sector to express our gratitude to those countries that generously sent their soldiers to help Korea in its national calamity.

This summer the Little Angels Children’s Folk Ballet of Korea toured 16 countries to express Korea’s indebtedness to those generous nations that came to our rescue. This year surviving veterans were invited to visit Korea, with the government picking up the tab for the expe
nses of those visits.

Similarly, some Koreans have formed a group to provide humanitarian assistance to the family members of Ethiopian veterans who gave their lives in the Korean War. This active act of appreciation is wonderful, and needs to be encouraged.

M.J. Ryan, the author of “Attitude of Gratitude,” lists multiple benefits of living with a grateful heart: good health, attractiveness to other people, an effective antidote to bitterness and resentment, relief from the “gimmies”, eradication of worry, cure of perfectionism, the joy of giving, and the experience of grace. Wow, don’t we want these benefits?

Let’s live with a grateful heart. I end this piece with a straight forward charge from William A. Ward. “God gave you a gift of 86,400 seconds today. Have you used one to say ‘thank you’?”

Hyon O’Brien, a former reference librarian in the United States, has returned to Korea after 32 years of living abroad. She can be reached at hyonobrien@gmail.com.