Many people may not think of this event as having much gratitude, but for me, it does!  When you are driving down the highway and suddenly you see a State Trooper flashing his lights, most people feel a lump in their throat, a rock in their stomach, and a feeling of dread come over them.

Last night I drove from NJ down to Maryland I saw flashing lights come from out of nowhere; actually, they came from the median. By the time I looked down at the speedometer, it looked like I slowed down to around 70. Not too bad. Maybe it was coincidence that the lights started flashing when I passed by. Perhaps he was off to handle another issue that needed his assistance. 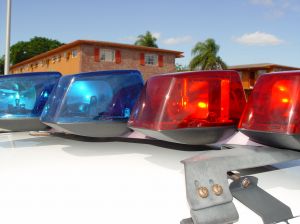 I signaled from the left lane
into the center to lane to allow him to pass by me. I still didn’t think that he was after me. I think optimistically all the time! When he came into the middle lane following me, I figured it was me! I was getting pulled over for speeding! UGH! I pulled over to the side of I-95 and got my license, insurance, and registration ready.

I rolled down my window as he approached my car. The Trooper advised me that I was being recorded using video and audio (My first thought was, “How cool is that!”) and I was informed that I was ‘apparently‘ (my own editorial comment – this was never stated) going down the highway at 82 mph. Really?! Who would have known?! Off goes the Trooper with my credentials to write me up.

My next thought was another calculation: 2010 – 2004 = 6. 6 years I have been driving my car without a ticket. Ok – not bad! That alone is something to be grateful about! Maybe I was due for one. I will accept this ticket and be grateful that I was informed that I need to slow down, for my safety, as well as others.

After all, since I was speeding, I deserve to get a ticket! There is no reason to argue it, cause a problem, or get upset. For every cause, there is an effect. You speed, you get a ticket. Simple. I was ready to accept it!

At that point, the Trooper was back at my door. He hands me my credentials and a printout. He tells me to slow down and that I have been warned. I received a Warning!

Did I get lucky? Was it Fate? Call it what you want, but I think “What goes around, comes around.” Having gratitude all the time pays off.

And yes, for the rest of the trip, I stayed under the speed limit!