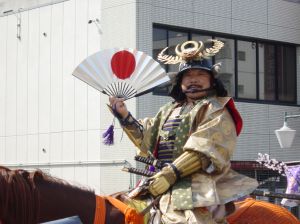 A great Samurai warrior, now old, had decided to teach Zen Buddhism to young people. Despite his age, the legend was that he could defeat any adversary.

One afternoon, a young warrior – known for his complete lack of scruples – arrived there. He was famous for using techniques of provocation: he waited until his adversary made the first move and then swiftly counterattacked, skillfully taking advantage of any slightest mistake his adversary made. He had never lost a fight. Hearing of the Samurai’s reputation, he had come to defeat him, to increase his fame. All the students were against the idea, but the old master accepted the challenge.

All gathered on the town square, and the young man started insulting the old master. He threw a few rocks in his direction, spat in his face, shouted every insult under the sun – he even insulted his ancestors. For hours, he did everything to provoke him, but the old man kept smiling and remained impassive. At the end of the afternoon, by now feeling exhausted and humiliated, the young warrior left.

Disappointed that the master had received so many insults and provocations, the students asked: “How could you bear such indignity? Why didn’t you use your sword, even if you might lose the fight, instead of displaying such cowardice in front of us all?”

“If someone comes to you with a gift, and you do not accept it, to whom does the gift belong?” asked the Samurai. “To the one who tried to deliver it,” replied one of his disciples. “The same goes for envy, anger and insults,” said the master. “When they are not accepted, they continue to belong to the one who brought them.”