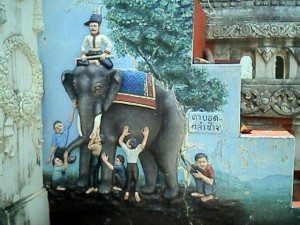 Several citizens ran into a hot argument about God and different religions, and each one could not agree to a common answer. So they came to the Lord Buddha to find out what exactly God looks like.

The Buddha asked the citizens: “Each blind man had touched the elephant but each of them gives a different description of the animal. Which answer is right?”

While one’s subjective experience is true, it may not be the totality of truth.  Denying something you cannot perceive ends up becoming an argument for your limitations.