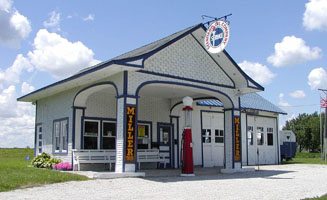 A man pulled into a gas station on the outskirts of town. As he filled his tank, he remarked to the attendant, “I’ve just accepted a job in town. I’ve never been to this part of the country. What are people like here?”

“What are people like where you come from?” the attendant asked.

The attendant shook his head. “Well, I’m afraid you’ll find the people in this town to be the same way.”

“Just then another car pulled into the station. “Excuse me,” the driver called out. “I’m just moving to this area. Is it nice here?”

“Was it nice where you came from?” the attendant inquired.

“Oh yes! I came from a great place. The people were friendly, and I hated to leave.”

“Well, you’ll find the same to be true of this town.” “Thanks!” yelled the driver as he pulled away.

“So what is this town really like?” asked the first man, no irritated with the attendant’s conflicting reports.

The attendant just shrugged his shoulders. “It’s all a matter of perception. You’ll find things to be just the way you think they are.”