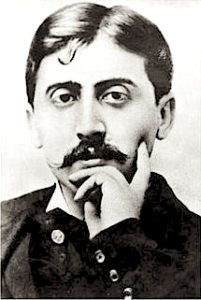 Today’s quote is by Marcel Proust, “Let us be grateful to people who make us happy; they are the charming gardeners who make our souls blossom.”   Jack Canfield (Co-Author of the Chicken Soup for the Soul® series)  teaches about appreciation. This was one of the first things that came to my mind when I read today’s quote. Rather than paraphrasing, here is an article directly from him:

If asked, could you name the five wealthiest people in the world, or five people who have one the Nobel Prize, or the last five Academy Award winners for best actor and actress? The point is, none of us remembers the headliners of yesterday. When the applause dies, the awards tarnish, and achievements are forgotten, no one cares about who won which award.

But if I asked you to list five teachers or mentors who believed in you and encouraged you, five friends who have helped you through a difficult time, five people who have taught you something worthwhile, or five people who have made you feel appreciated and special – that’s much easier to do, isn’t it?

That’s because the people who make a difference in your life aren’t the ones with the most credentials, the most money, or the most awards. They’re the ones who care. If you want to be remembered for being important to someone else’s life, make them feel appreciated.

Appreciation as a Secret of Success

Another important reason for being in a state of appreciation as often as possible is that when you are in such a state, you are in one of the highest emotional states possible.

Think about it. The more grateful people are for the gifts we give them, the more inclined we are to give them more gifts. Their gratitude and appreciation reinforce our giving. The same principle holds true on a universal and spiritual level as it does on an interpersonal level.

When I first learned about the power of appreciation, it made total sense to me. However, it was still something that I forgot to do. I hadn’t yet turned it into a habit. A valuable technique that I employed to help me lock in this new habit was to carry a 3″ x 5″ card in my pocket all day, and every time I acknowledged and appreciated someone, I would place a check mark on the card. I would not allow myself to go to bed until I had appreciated 10 people. If it was late in the evening and I didn’t have 10 check marks, I would appreciate my wife and children, I would send an e-mail to several staff members, or I would write a letter to my mother or stepfather. I did whatever it took until it became an unconscious habit.

And remember… take time to appreciate yourself, too!

Sign up for the Gratitude Quote of the Day at:
www.AllAboutGratitude.com